In news-The Kerala health department has stepped up surveillance against Nipah virus in view of the breeding season of fruit bats, which are known to aid the spread of the disease. 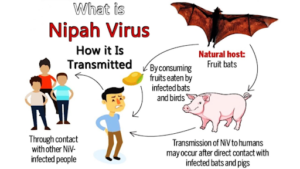