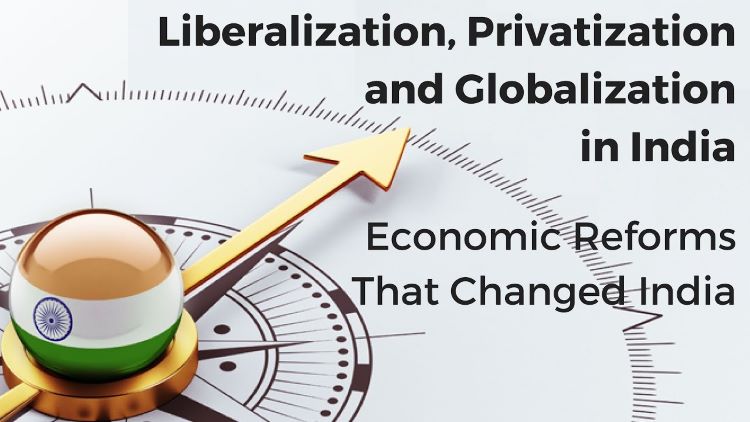 Manifest pedagogy: LPG reforms of 1991 is a strategic shift in Indian economy which changed the very Nature of Indian reality today.  This topic forms the foundation for Indian Economy today. Having a fair idea about the change it brought in Indian economy and international events which lead to it is important for the Mains across disciplines.

Placing it in syllabus: Indian economy and LPG reforms

Nature of Indian economy in the pre reform era:

Indian economic policy after independence was influenced by the colonial experience, which emphasised on industrialization under state monitoring, state intervention in labour and financial markets, a large public sector, business regulation, and central planning.

Indian economy was a closed one. Licence Raj was prevalent to set up business in India. The Indian rupee was inconvertible and high tariffs and import licensing prevented foreign goods reaching the market.

The central pillar of the policy was import substitution, the belief that India needed to rely on internal markets for development, not international trade. There was restriction of foreign investment and technology and government controlled finance and capital markets.

There were high duties and taxes with multiple rates and large dispersion. PSUs were considered as the engine of growth. There were restrictions on Foreign Direct Investment (FDI) and Multinational corporations (MNCs).

Factors which lead to 1991 economic reforms:

Nature and scope of reforms:

India’s New Economic Policy was announced on July 24, 1991 known as the LPG or Liberalisation, Privatisation and Globalisation model.

The main objective was to plunge Indian economy into the arena of  “Globalization” and to give it a new thrust on market orientation. The policy was intended to move towards higher economic growth rate and to build sufficient foreign exchange reserves.

It wanted to achieve economic stabilization and to convert the economy into a market economy by removing all kinds of unnecessary restrictions. The policy aimed at increasing the participation of private players in all sectors of the economy.

Outcome of the LPG reforms: