In news– Recently, a new genus and species of plateosaurus sauropodomorph dinosaur has been identified from two fossilized skulls, one from a juvenile and other an almost adult individual, found in Jameson Land, a peninsula in eastern Greenland. 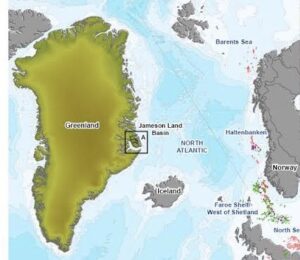