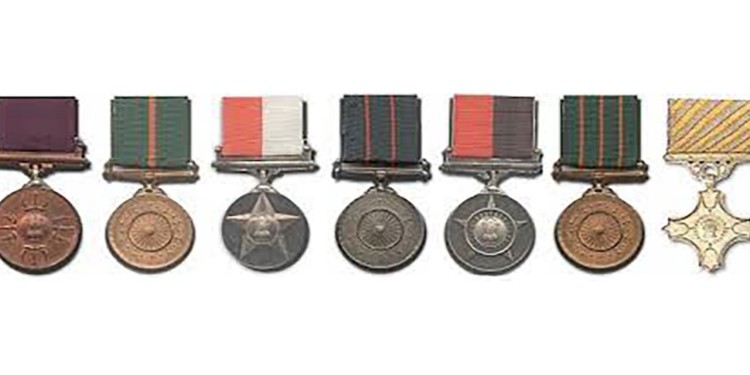 In news- On the eve of the 73rd Republic Day, the President of India honoured the country’s military and police personnel for their show of gallantry and valor.

Gallantry are divided among the following six awards(peace time and war time):

Shaurya Chakra: The Chakra is awarded for gallantry otherwise than in the face of the enemy. The decoration may be awarded posthumously. It may be awarded to military personnel, civilian citizens, police personnel including central para-military forces and Railway Protection Force.