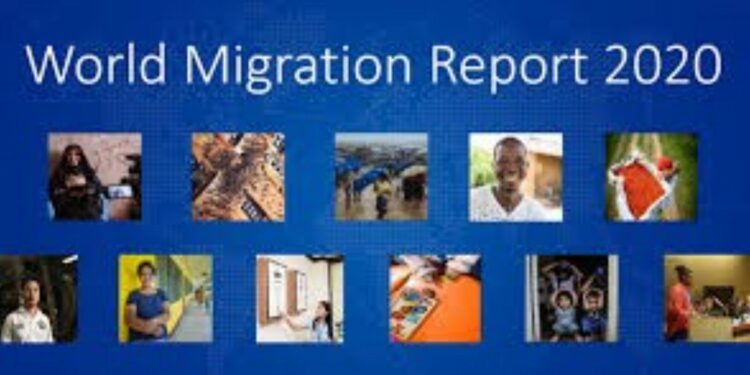 In news : As per UN’s International Migration report India has the largest diaspora population in the world with 18 million people from the country living outside their homeland in 2020

Human migration involves the movement of people from one place to another with intentions of settling, permanently or temporarily, at a new location

An economic migrant is someone who emigrates from one region to another, including crossing international borders, seeking an improved standard of living, because the conditions or job opportunities in the migrant’s own region are insufficient.

Key highlights of the rapport

The report draws upon current statistical sources compiled by

In 2020, 18 million persons from India were living outside their country of birth. Other countries with a large diaspora population included Mexico and Russia (11 million each), China (10 million) and Syria (8 million). 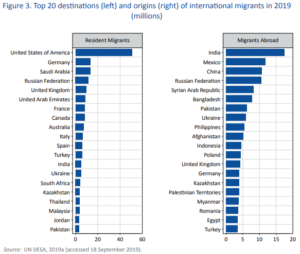 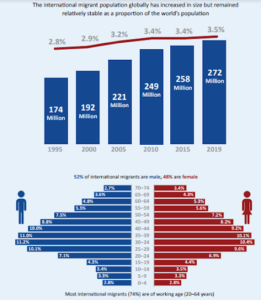 About the International Organization for Migration