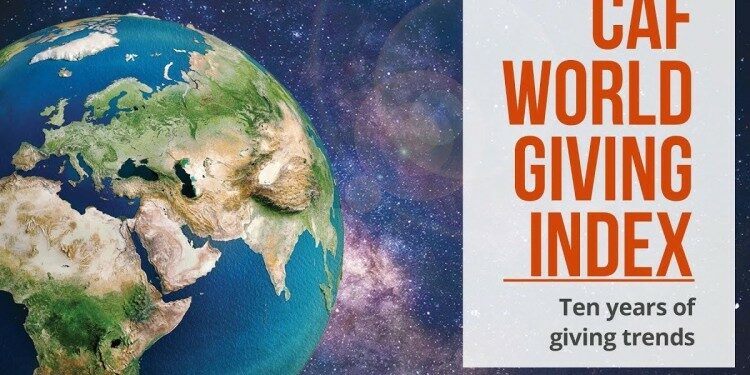 It releases an annual global report of generosity, called the World Giving Index, that ranks most countries in the world across three measures – helping a stranger, donating money, and volunteering.