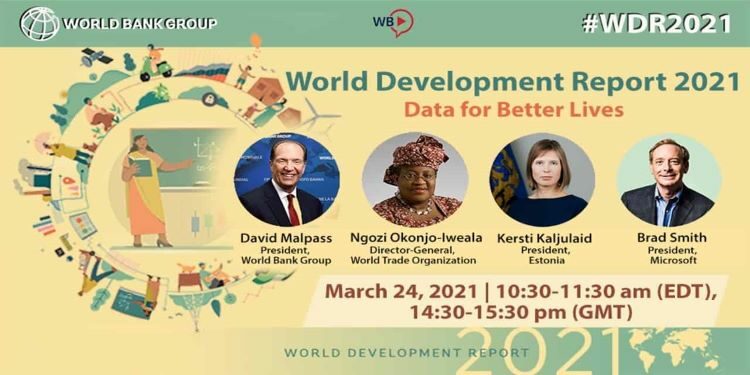 In news: World Development Report, 2021: Data for Better Lives has been published by the World Bank recently

The social contract for data:  Report calls for a new social contract that enables the use and reuse of data to create economic and social value, ensures equitable access to that value, and fosters trust that data will not be misused in harmful ways. 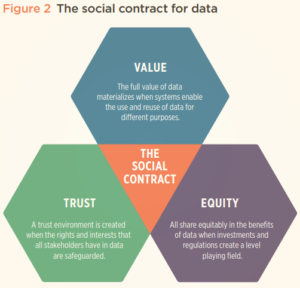 Data as a force for public good: Public intent data—data collected with the intent of serving the public good by informing the design, execution, monitoring, and evaluation of public programs and policies—are a prerequisite for many government functions. 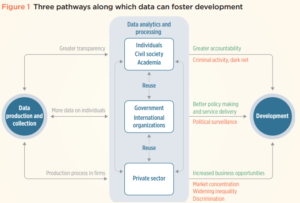 Building trust: To create trust, countries need to protect data from misuse, while making it easier to share.

Leveling the playing field: An explosion of data platform businesses is a raising concern about competition

Crossing borders: Data are a tradable asset, but sending them across borders requires adequate data protection.

Key findings & suggestions of the report

The report flagged concerns over protection of personal data; misinformation; and attacks on software, networks and data systems.

Gaps in data on women and girls were particularly severe::

The report says that data can advance development outcomes, so the challenges in data governance systems needs to addressed

The World bank also called for International cooperation to harmonise regulations and coordinate policies so that the value of data can be harnessed to benefit all, and to inform efforts toward a green, resilient and inclusive recovery.