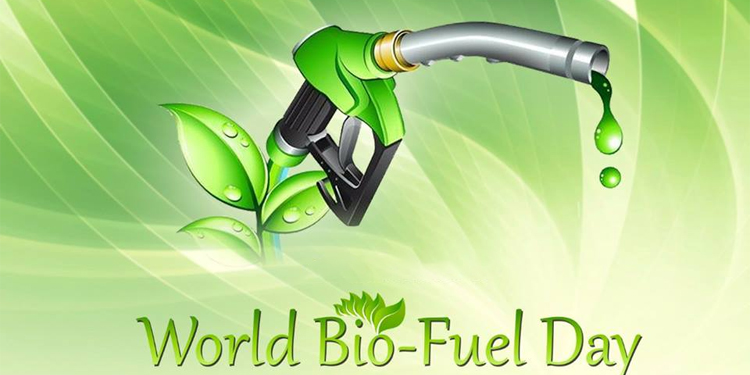 World Biofuel Day is observed every year on 10th of August to create awareness about the importance of non-fossil fuels as an alternative to conventional fossil fuels and highlight the various efforts made by the Government in the biofuel sector. This day also honors the research experiments by Sir Rudolf Diesel who ran an engine with peanut oil in the year 1893. His research experiment had predicted that vegetable oil is going to replace fossil fuels in the next century to fuel different mechanical engines.

Biofuels have the benefits of reduction of import dependence, cleaner environment, additional income to farmers and employment generation.  Biofuel programme also compliments Government of India’s initiatives for Make in India, Swachh Bharat and increasing farmers income. Biofuels are environment friendly fuels and their utilization would address global concerns about containment of carbon emissions. Biofuels are derived from renewable biomass resources and, therefore, provide a strategic advantage to promote sustainable development and to supplement conventional energy sources in meeting the rapidly increasing requirements for transportation fuels associated with high economic growth, as well as in meeting the energy needs of India’s vast rural population.