Working Mechanism for Consultation and Coordination on India-China Border Affairs 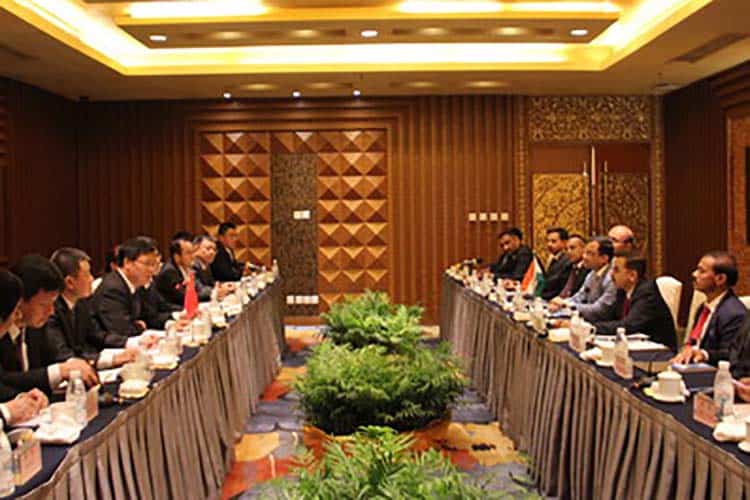 India and China Friday held yet another round of talks under the Working Mechanism for Consultation and Coordination (WMCC) on India-China border affairs. The talks come amid reports that the disengagement process along the Line of Actual Control (LAC) in Ladakh has slowed down.

Working Mechanism for Consultation and Coordination

The Indian delegation was led by the Ministry of External Affairs (MEA) joint secretary for East Asia, while China was represented by the director general of the foreign ministry’s boundary and oceanic department. The two sides reviewed the situation in the India-China border areas and the ongoing disengagement process along the Line of Actual Control (LAC) in the western sector. They agreed that early and complete disengagement of the troops along the LAC and de-escalation from India-China border areas in accordance with bilateral agreement and protocols and full restoration of peace and tranquillity was essential for smooth overall development of bilateral relations.

According to the MEA, it was also agreed that another meeting of senior commanders may be held soon to work out further steps to ensure expeditiously complete disengagement and de-escalation. The WMCC meeting was held because China is not fully cooperating with the Indian side, thus causing the disengagement and de-escalation process to deviate from the agreement arrived at during the phone call between National Security Adviser Ajit Doval and Chinese Foreign Minister Wang Yi.

A meeting under the WMCC, which was established in 2012, was last convened in January 2019 when both sides had agreed on implementation of various confidence-building measures (CBMs) to enhance mutual trust and understanding. On 22 June, a meeting lasting nearly 11 hours took place between 14 Corps Commander Lt Gen Harinder Singh and his Chinese counterpart Major General Lin Liu, commander of the South Xinjiang Military District. During that meeting, India and China agreed on step-wise mutual disengagement from all areas where both troops are standing eyeball to eyeball in the Ladakh sector of the Line of Actual Control (LAC).