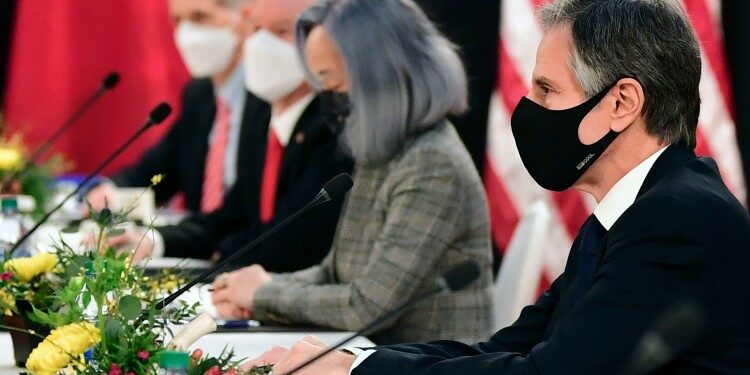 The heated public encounter between Chinese and US diplomats at their first meeting since President Joe Biden came to office provides a measure of impending turbulence that will likely increase with time. It is seen as a manifestation of a newly combative and unapologetic Beijing, signalling a more confrontational and confident China.

Interests and Differences between the two countries

How is it different from China’s earlier Peaceful Rise?

Mould your thought: The heated exchange between US and Chinese diplomats at Alaska is a manifestation of a newly combative and unapologetic Beijing. Evaluate.