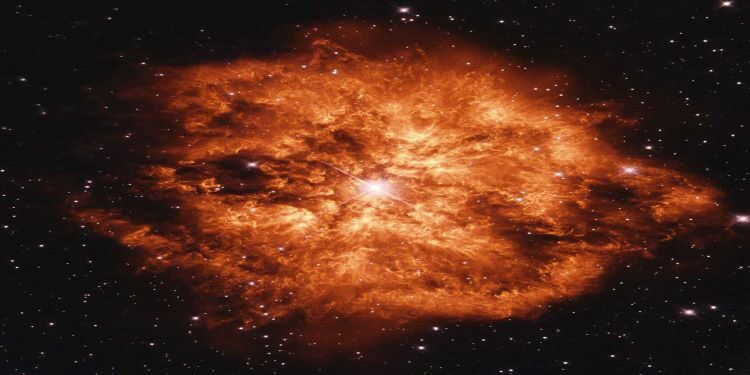 In news : Recently, Indian astronomers have tracked a rare supernova explosion and traced it to one of the hottest kinds of stars called Wolf–Rayet stars or WR stars.

Efforts of Indian astronomers in this regard

Significance of its recent tracking

A supernova is a powerful and luminous stellar explosion. This transient astronomical event occurs during the last evolutionary stages of a massive star or when a white dwarf is triggered into runaway nuclear fusionIn other words a supernova is the explosion of a star. It is the largest explosion that takes place in space.

What Causes a Supernova?

A supernova happens where there is a change in the core, or center, of a star. A change can occur in two different ways, with both resulting in a supernova.