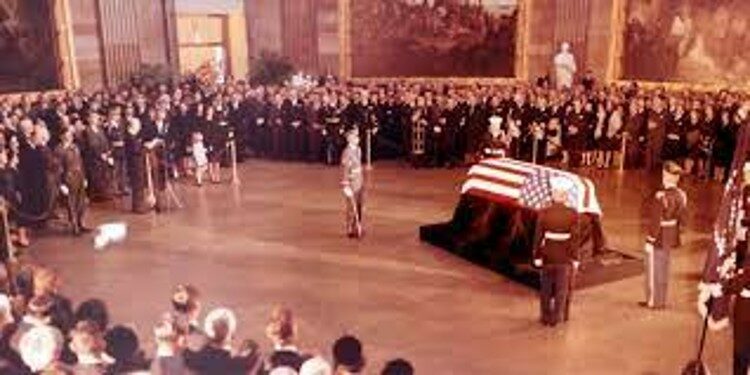 Make PDF
In news– The coffin of Britain’s longest-reigning monarch, Queen Elizabeth II, is lying-in-state at Westminster Hall after its final journey from Buckingham Palace in London.