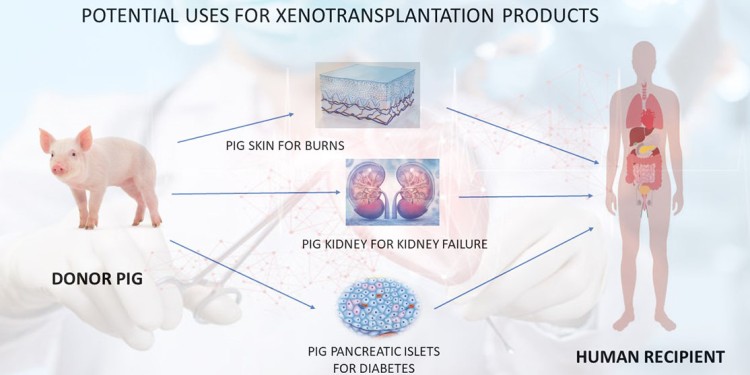 In news– Recently the doctors in the USA transplanted a genetically altered pig heart into a patient which is referred to as xenotransplantation (from animals to humans). Some of the examples of xenotransplantation