What is Transit-Oriented Development? 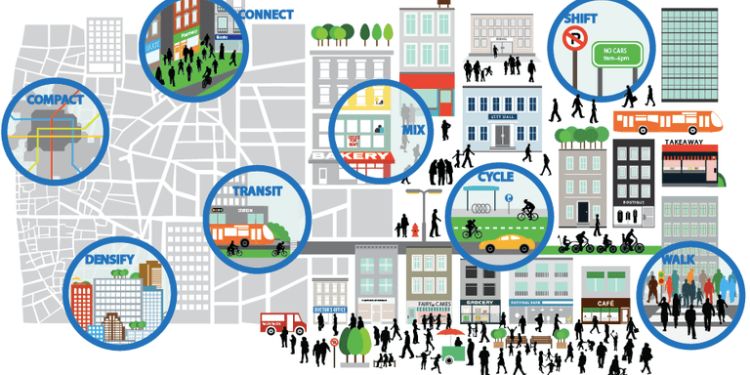 Recently, the CEO of NITI Aayog suggested that Indian cities need to embrace the new paradigm of ‘transit-oriented development’ where public transport is the backbone

What is Transit-Oriented Development?

What does a TOD include?

A TOD typically includes a central transit stop (such as a train station, or light rail or bus stop) surrounded by a high-density mixed-use area, with lower-density areas spreading out from this center. A TOD is also typically designed to be more walkable than other built-up areas, through using smaller block sizes and reducing the land area dedicated to automobiles What are the factors which drive towards Transit Oriented Development?

Factors such as Rapidly growing population, Urbanization, migration to cities, and traffic congestion are the drivers for TOD

Following are some of the benefits of TOD;

TOD integrates land use and transport planning to develop compact growth centers within the influence zone of 500-800 m on either side of the transit stations i.e. areas within walking distance, to achieve the following objectives: