What are Volatile organic compounds/molecules (VOC)? 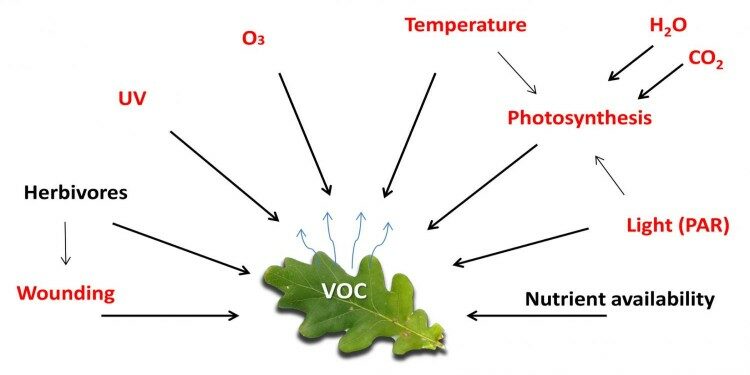 In news- A new study has found that India can reduce 76 percent of itc VOC  by swapping all two- and three-wheelers with electric vehicles and all diesel-fuelled ones with CNG.

What are Volatile organic compounds/molecules (VOC)?