In news– India and Australia have recently decided to strengthen their partnership in the field of projects and supply chains for critical minerals.

What are critical minerals ? 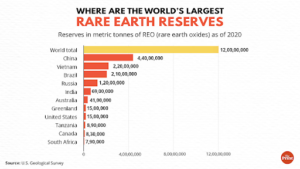