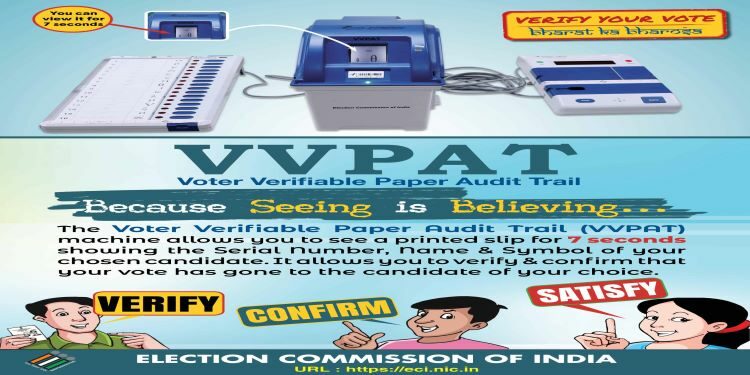 In news: VVPATs and VIS are in news as Election Commission of India announced by elections for Parliamentary and Assembly seats

Whether counting of printing paper slips of VVPAT is compulsory on the counting day?

Counting of printed paper slips of VVPAT is done only in the following cases:

Note: Commission had discontinued Photo Voter Slips as an identity proof with effect from 28th February, 2019.