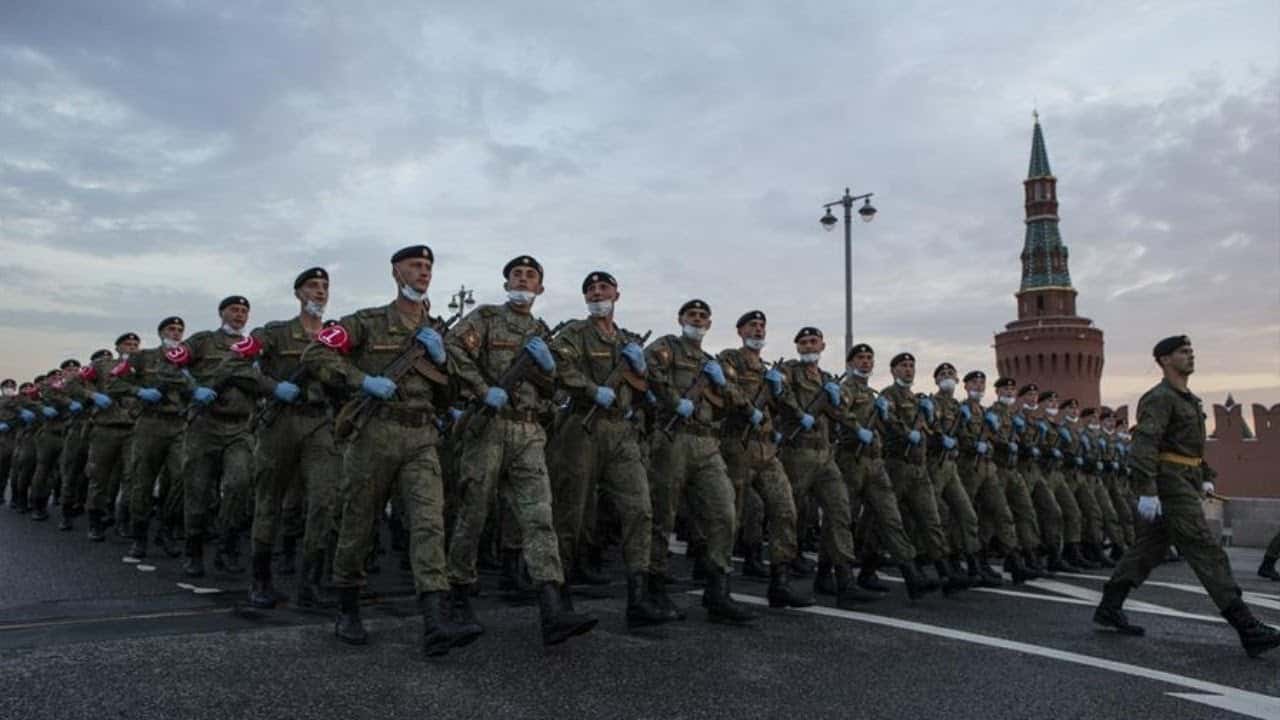 The military parade marking the 75th anniversary of the Nazi defeat in World War II was held at the Red Square in Moscow in Russia. This year, 14,000 troops and several hundred military machines took part in the parade, including 30 historic T-34 tanks. Modern vehicles also participated, including AFV Terminator, T-72, and T-14 Armata tanks, 9K720 Iskander missile systems, and many other cutting-edge military hardware.

India’s Participation in the Parade

A tri-service contingent of the Indian Armed Forces comprised 75 all ranks and marched along with contingents of Russian Armed Forces and 17 other countries. The British Indian Armed Forces during World War-II were one of the largest Allied Forces contingents which took part in the North and East African Campaign, Western Desert Campaign and the European Theatre against the Axis powers. This campaign witnessed sacrifice by over 87,000 Indian servicemen beside 34,354 being wounded.

The Indian Military not only fought on all fronts, but also ensured delivery of goods along the Southern, Trans-Iranian Lend-Lease route, along which weapons, ammunitions, spare parts for equipment and food went to the Soviet Union, Iran and Iraq.