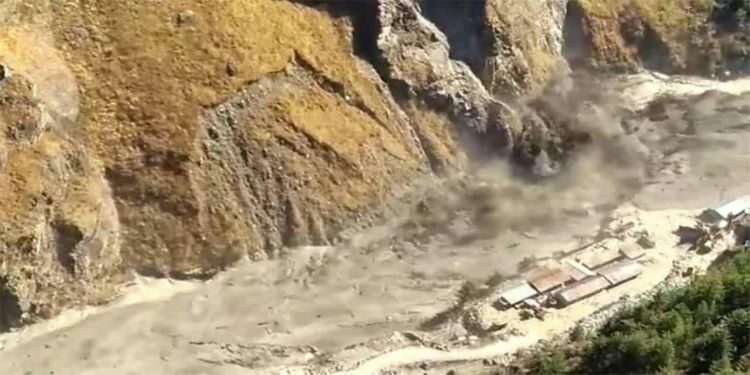 In news : The sudden collapse of part of a glacier in Uttarakhand’s Nanda Devi mountain and the ensuing floods that have claimed many lives recently

What happened in Uttarakhand?

A significant slice of the glacier, dislodged by a landslide, according to some satellite images, produced roaring torrents in the Rishiganga and Dhauliganga rivers in Chamoli district, trapping unsuspecting workers at two hydro power project sites. Scores of people are still missing in the wave of water, silt and debris that swamped the rivers and filled tunnels in the Tapovan power project

What is the impact?

The incident has claimed many lives, including the hydro projects such as

What is an Avalanche?

An avalanche is a rapid flow of snow down a hill or mountainside. Although avalanches can occur on any slope given the right conditions, certain times of the year and certain locations are naturally more dangerous than others.

Wet Snow Avalanche: These are quite dangerous as they travel slowly due to friction, which collects debris from the path fairly easily