US Starts Withdrawal From WHO 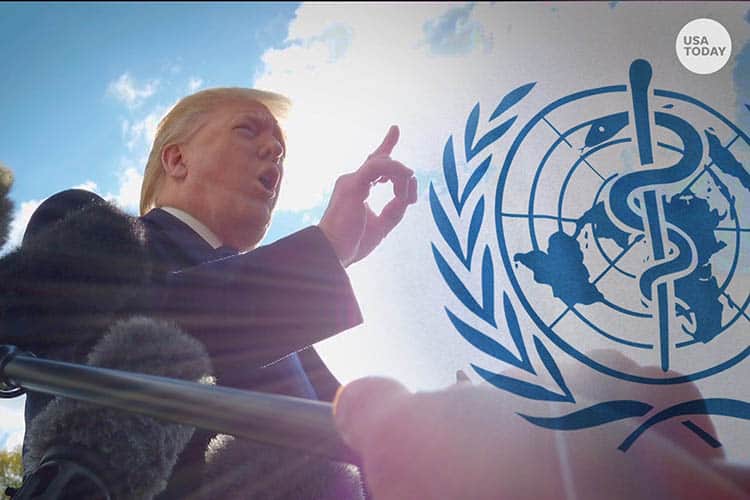 The US formally notified the World Health Organization of its withdrawal, despite widespread criticism and an almost complete lack of international support for the move in the midst of a pandemic. The letter confirming the move was delivered to the UN secretary general, although the process could take at least a year.

The US is the global health agency’s largest single contributor, providing more than $400m (£324m; €360m) in 2019, around 15% of its total budget. Under a Congress resolution in 1948, the US can withdraw but must give a year’s notice and should pay outstanding fees, although it is unclear where the current government stands on that. The withdrawal will call into question the WHO’s financial viability and the future of its many programmes promoting healthcare and tackling disease. The US had accused China of pressurising the WHO to mislead the world about the virus and that WHO had withheld information.

Founded in 1948 and based in Geneva, Switzerland, it is the UN agency responsible for global public health. It has 194 member states, and aims to promote health, keep the world safe and serve the vulnerable. It is involved in vaccination campaigns, health emergencies and supporting countries in primary care. It is funded by a combination of members’ fees based on wealth and population and voluntary contributions.

The WHO aims to address the following: