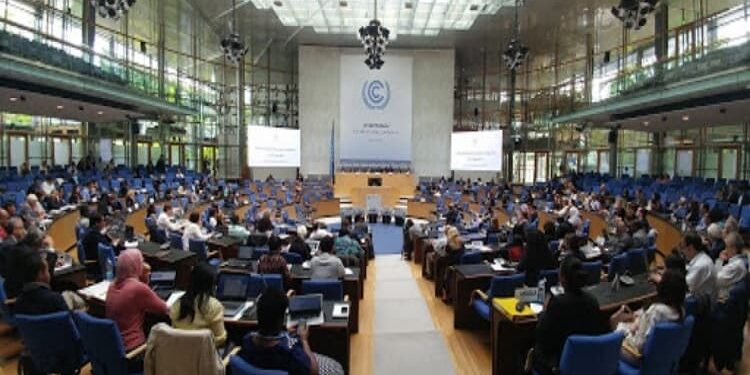 The United Nations Framework Convention on Climate Change (UNFCCC) is an international environmental treaty adopted and implemented by countries all around the world in 1994 to address the issue of climate change. The 197 countries that ratified the agreement represent almost universal global involvement.

. stabilize greenhouse-gas concentrations in the atmosphere at a level that would prevent dangerous anthropogenic interference with the climate system

. stabilization should be within a time-frame sufficient to allow ecosystems to adapt naturally to climate change.

. ensure that food production is not threatened.

. enable economic development to proceed in a sustainable manner.