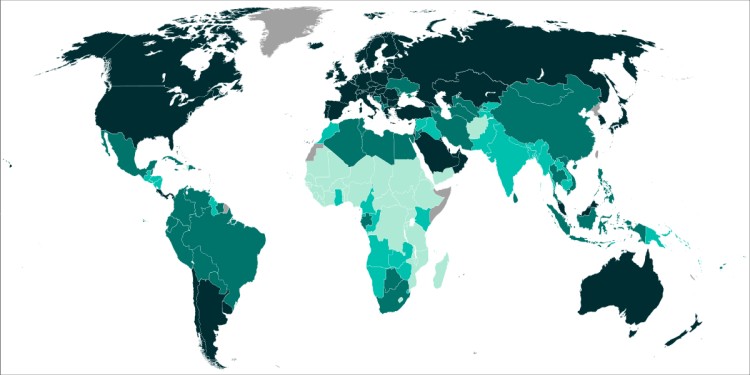 India dropped two ranks in the United Nations’ Human Development Index this year, standing at 131 out of 189 countries.

Key highlights of the index

For the first time, the UNDP introduced a new metric to reflect the impact caused by each country’s per-capita carbon emissions and its material footprint, which measures the amount of fossil fuels, metals and other resources used to make the goods and services it consumes.

Status of Countries around the world

What is new in this year’s index?