According to the United Nations World Wildlife Crime Report, India and Thailand are the two main countries which are the suppliers of the illegal tiger products in the world. 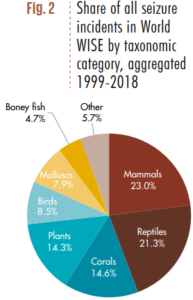 The illicit market for ivory and rhino horn in decline:

About the United Nations Office on Drugs and Crime (UNODC)