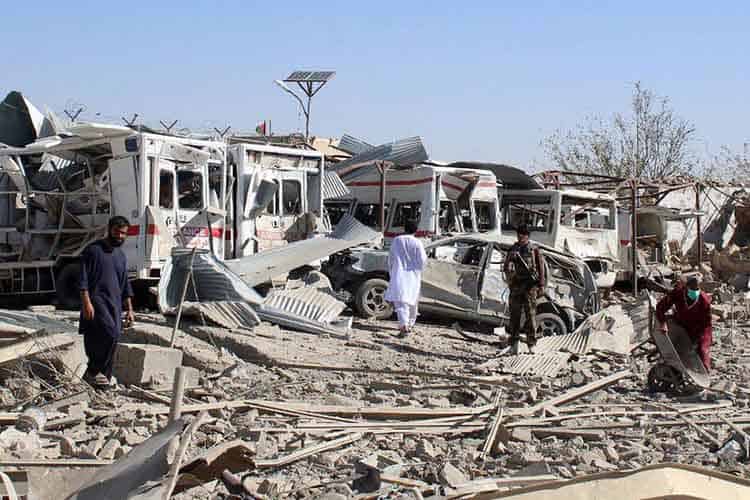 A UN report on terrorism has warned that there are significant numbers of ISIS terrorists in Kerala and Karnataka, noting that the al-Qaida in the Indian Subcontinent terror group, which reportedly has between 150 and 200 militants from India, Pakistan, Bangladesh and Myanmar, is planning attacks in the region.

The 26th report of the Analytical Support and Sanctions Monitoring Team concerning ISIS, al-Qaida and associated individuals and entities said that the al-Qaida in the Indian Subcontinent (AQIS) operates under the Taliban umbrella from Nimruz, Helmand and Kandahar provinces of Afghanistan. According to the report, one member state reported that the ISIL Indian affiliate (Hind Wilayah), which was announced on May 10, 2019, has between 180 and 200 members.

In May last year, the Islamic State (also known as ISIS, ISIL or Daesh) terror group claimed to have established a new province in India, the first of its kind announcement that came after clashes between militants and security forces in Kashmir. The dreaded terror outfit, through its Amaq News Agency, had said that the Arabic name of the new branch is “Wilayah of Hind” (India Province). Previously, ISIS attacks in Kashmir were linked to its so-called Khorasan Province branch, which was set up in 2015 to cover Afghanistan, Pakistan and nearby lands.

It started as an al Qaeda splinter group. ISIS aims to create an Islamic state called a caliphate across Iraq, Syria and beyond. The group implements Sharia law, rooted in eighth-century Islam, to establish a society that mirrors the region’s ancient past. ISIS uses modern tools like social media to promote reactionary politics and religious fundamentalism. Fighters are destroying holy sites and valuable antiquities even as their leaders propagate a return to the early days of Islam.

In 2015, ISIS was believed to be holding 3,500 people as slaves, according to a United Nations report. Most of the enslaved were women and children from the Yazidi community, but some were from other ethnic and religious minority communities. ISIS’s revenue comes from oil production and smuggling, taxes, ransoms from kidnappings, selling stolen artifacts, extortion and controlling crops.