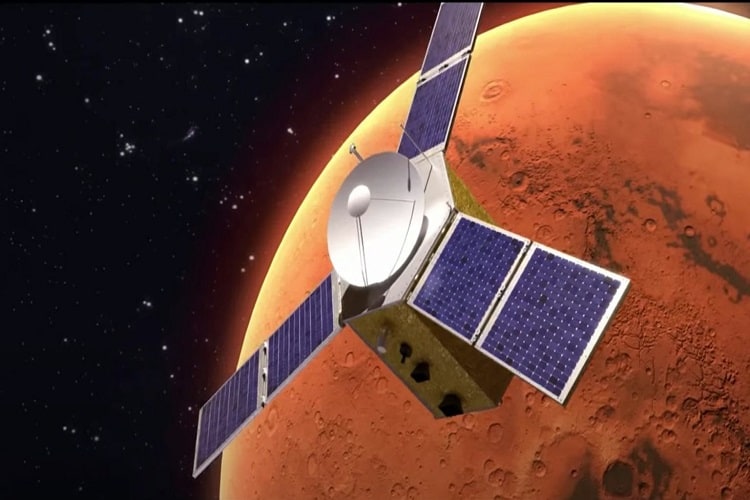 The United Arab Emirates has postponed the launch of its mission to Mars due to weather conditions at the launch site in Japan. The UAE’s Hope Probe was due to set off from Japan’s Tanegashima Space Center for a seven-month journey to the red planet where it was due to orbit and send back data about the atmosphere.

The UAE’s space mission is Arab world’s 1st interplanetary mission. The UAE, an oil-exporting nation, first announced plans for the mission in 2014 as part of efforts to diversify away from hydrocarbons and develop a knowledge economy, aiming to reach the planet by 2021. The probe will travel through space for the next seven months and reach Mars in February 2021. After it arrives, it will attempt to insert itself into orbit around Mars, something only a handful of spacecraft from four international space organizations have been able to achieve.

Most of the spacecraft that have been sent to study Mars are tasked with analyzing the planet’s geology by taking high-resolution images of the Martian surface. Only a few Mars satellites are equipped with tools to study the planet’s atmosphere — including NASA’s MAVEN spacecraft and the European Space Agency’s Trace Gas Orbiter — but no mission has been able to get a global view of the Martian atmosphere closer to the surface.

The Hope spacecraft will give scientists a better understanding of what’s happening in Mars’ lower atmosphere all over the planet and help people learn how the weather evolves throughout the year. The UAE is hailing Hope as “Mars’ first weather satellite” since it will monitor the weather throughout the day in as many locations as possible on Mars. Hope is designed with three instruments to study the Martian atmosphere in detail: two will analyze the planet in infrared and ultraviolet light, while an imager will take visible color pictures of the planet.

It launched a National Space Programme in 2017 to develop expertise in space science among Emiratis. Hazza al-Mansouri became the first Emirati in space in September 2019 in a flight to the International Space Station. To develop and build the Hope Probe, Emiratis and Dubai’s Mohammed Bin Rashid Space Centre (MBRSC) worked with US educational institutions with space science expertise. The UAE government has announced an ambitious goal of a Mars settlement by 2117.

The UAE project will kickstart a busy summer of missions to Mars. Following this launch, China also plans to launch an orbiter, rover, and lander to the red planet. Shortly after that, NASA is set to launch its next rover to Mars, called Perseverance. All of these missions are trying to get off the ground during a very small window this summer when Earth and Mars come closest to one another on their orbits around the Sun. This planetary alignment only happens once every two years, so if any of these missions can’t launch this summer, they’ll have to wait until 2022 to try again.