Types of Irrigation in India 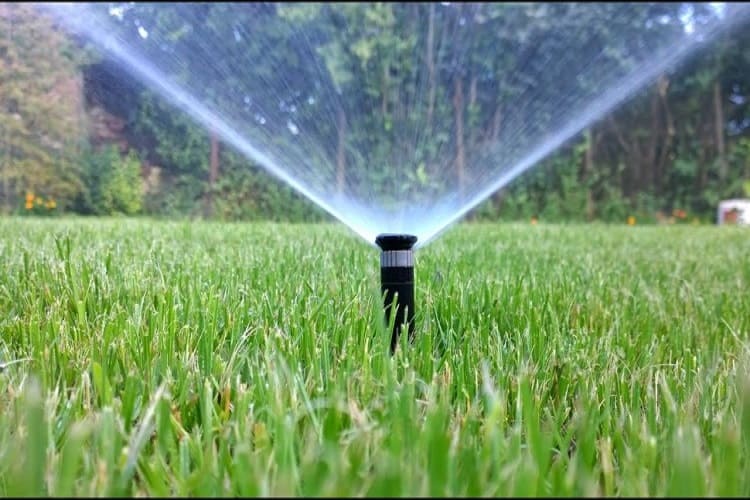 The gap between irrigation potential created, through major and minor projects, and the actual usage is increasing and affecting the country’s agricultural productivity, according to the Indian Council of Agriculture Research (ICAR). About 80% of the current water use is drawn by agriculture. Irrigated area accounts for nearly 48.8% of the 140 million hectare (mha) of agricultural land in India. The remaining 51.2% is rainfed.

. It is prevalent in the uneven and relatively rocky plateau of Peninsular India. Tanks are commonly used in the Deccan Plateau, Andhra Pradesh, Karnataka, Tamil Nadu and Maharashtra.

. Most of the tanks are small in size and built by indi­viduals or groups of farmers by raising bunds across seasonal streams.

. But there are some drawbacks- Tanks cover a large area of cultivable land.

. Evapo­ration of water is rapid due to large expanse of shal­low water of tanks, and it does not ensure perennial supply of water.

. It is more widespread in plains, coasts and some regions of peninsular India. Uttar Pradesh leads in well irrigation and is followed by Punjab, Haryana, Bihar, Gujarat and Andhra Pradesh.

. It is less costly and more flexible as water can be drawn whenever needed and evaporation loss is minimised.

. Canals are the main source of irrigation in India. Canals are big water channels taken out from rivers to carry water to places far away from the river.

. Punjab and Haryana have become the first granaries of the country due to these canals which include Western Yamuna Canal, Sirhind Canal, Upper Bari Doab canal & Bhakra Canal. 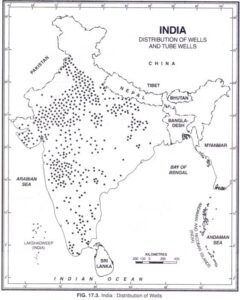 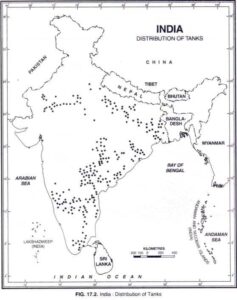