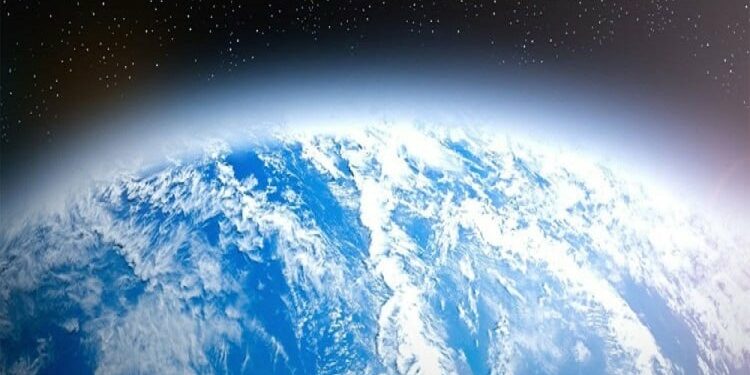 Ozone (O3) is a reactive gas that exists in two layers of the atmosphere: the stratosphere (upper layer) and the troposphere (at ground level and up to 15km). In the stratosphere, ozone protects life on Earth from the sun’s ultraviolet radiation. In contrast, at lower levels, it is an important greenhouse gas and air pollutant, which is harmful to human and ecosystem health. It is also a major component of urban smog.

Tropospheric ozone is a short-lived climate pollutant with an atmospheric lifetime of hours to weeks. It does not have any direct emissions sources, rather it is a secondary gas formed by the interaction of sunlight with hydrocarbons – including methane – and nitrogen oxides, which are emitted by vehicles, fossil fuel power plants, and other man-made sources. Strategies to prevent the formation of tropospheric ozone are primarily based on methane reductions and cutting the levels of atmospheric pollution arising from man-made sources, such as agriculture and fossil fuel production and distribution.

Tropospheric ozone has an atmospheric lifetime ranging from a few hours to a few weeks in polluted urban regions. Estimated global crop production losses owing to ozone total 79–121 million tonnes, worth USD 11–18 billion annually. Long-term exposure to ozone air pollution is linked to 1 million premature deaths per year due to respiratory diseases. In the troposphere, ozone is the product of the atmospheric reaction of a number of precursor pollutants, which have both natural and man-made sources. Precursor pollutants created by human activities include hydrocarbons and nitrogen oxides, which are largely emitted by cars and other vehicles, fossil fuel power plants, oil refineries, the agriculture sector and a number of other industries.