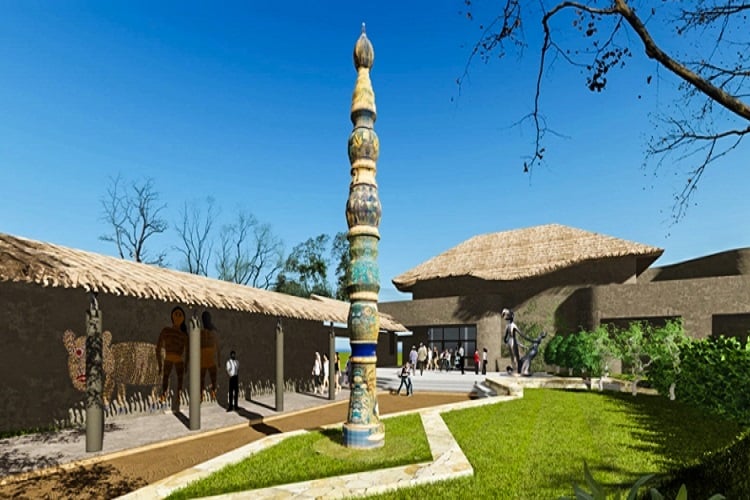 The Ministry of Tribal Affairs is developing “Tribal Freedom Fighters’ Museums” dedicated to the contributions of the tribal people in India to the freedom struggle. The Government is planning permanent museums in the States where tribals lived, struggled against the British and refused to be bowed down. The Government will work to make such museums in different states so that the coming generations may know how our tribals were far ahead in making sacrifices.

As per the directions of the Prime Minister, all the museums will have strong usage of technologies like virtual reality (VR), augmented reality (AR), 3D/7D holographic projections etc. These museums will trace the history along the trails, along which the tribal people in hills and forests fought for their right to live and will, therefore, combine ex situ display with in situ conservation, regeneration initiatives. These will be museums, objects as well as ideas. These will demonstrate the way tribal struggles for protecting their custodial concerns for the biological and cultural diversity of the country have helped in nation building.

The Ministry of Tribal Affairs further held a series of consultations with states in this regard. A National Level Committee (NLC) under the Chairpersonship of Secretary, M/o Tribal Affairs was constituted to appraise and approve the proposals including monitoring of progress. After detailed analysis, it was decided to construct a state-of-the-art tribal freedom fighters’ museum of national importance in Gujarat. The Ministry has also approved setting up museums for tribal freedom fighters in other eight states so far.

Out of 9 sanctioned tribal freedom fighters’ museums, two museums are near completion and the remaining seven are at different stages of progress. It is expected that by the end of 2022 all the museums will come into existence.

Tribals have resisted the British authority and other exploiters. For many centuries, tribals were isolated, scattered in forests. Each tribe has established its own socio cultural diversity. They launched movements against the British authority in their respective regions. Their agitations against the outsiders could be called anti-colonial. They revolted against them because of their exploitation in the form of encroachment on their land, eviction from their land, annulment of the traditional legal and social rights and customs, against enhancement of rent, for transfer of land to the tiller, abolition of feudal and semi-feudal form of ownership.

On the whole, these movements had social and religious overtone. But they were directed against the issues related to their existence. The tribal resistance movement was an integral part of the freedom movement of India. In this historic struggle, heroic roles were played by many distinguished tribal leaders like Birsa Munda, Rani Gaidinliu, Laxman Naik, Veer Surendra Sai and many others.

The most dominant characteristic of the tribal resistance movement was that it was essentially an uprising against the foreign rulers and in that sense could be constructed to be the precursor of the national liberation movement which took a definite shape and gathered momentum under the inspiring leadership of Mahatma Gandhi. It is immaterial as to what were the compulsions or motivations behind this resistance movement; it is immaterial if the tribal revolutionaries had no formal education and training in staging armed rebellions and had no common leadership to guide and spur them to action.

The unmistakable fact remains that they could no longer meekly submit to the intervention of the foreign rulers in their habitat, age old customs, rituals and cultural moors. They did not act as the stooges of the imperial power and all their action and conduct were directed at uprooting the foundations of the foreign rule.