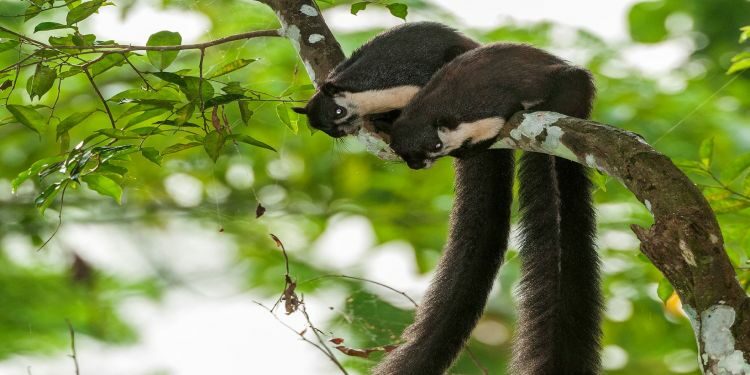 Reasons for the decline of the species

As per ZSI study, the Malayan Giant Squirrel and its habitat are under threat from deforestation, fragmentation of forests, crop cultivation and over-harvesting of food, illegal trade in wildlife, and hunting for consumption. Slash-and-burn jhum cultivation in many areas of the Northeast contribute to destruction of its habitat.

The population of the species also indicates to us the health of the forest, of the vegetation and plants in the forest on which the species feeds, as well as that of the other symbiotic species that inhabit the region

Status of its conservation