Termination of a session of parliament 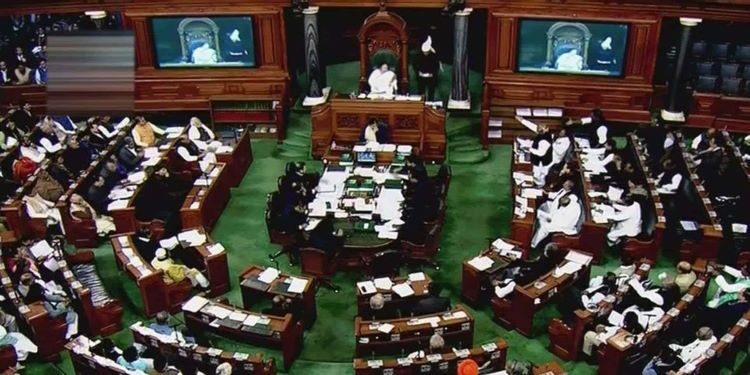 In news : Recently,the Budget session of Parliament concluded with both the Houses being adjourned sine die ahead of their schedule.

Termination of of a session of parliament

Following are the ways in which a sitting of the Parliament(a particular house) can be terminated:

Adjournment in the Rajya Sabha

Adjournment in the Lok Sabha

What is meant by Prorogation and Dissolution of the Lok Sabha?

Article 85(1) of the Constitution empowers the President to summon each House of Parliament to meet at such time and place as he thinks fit, but six months shall not intervene between its last sitting in one Session and the date appointed for its first sitting in the next Session

Summoning of Houses for Joint Sitting

Under article 108 of the Constitution, the President may call a joint sitting of both Houses if a Bill passed by one House and transmitted to the other House: (a) is rejected by the other House; or (b) the Houses have finally disagreed to the amendments to be made in the Bill; or (c) more than six months elapsed from the date of the reception of the Bill by the other House without the Bill being passed by it.

In terms of Article 83(2) of the Constitution, the House of the People, unless sooner dissolved, shall continue for five years from the date appointed for its first meeting and no longer and the expiration of the said period of five years shall operate as a dissolution of the HouseHowever, the upper House i.e Rajya Sabha is not subject to dissolution, because it is a permanent House of the Parliament