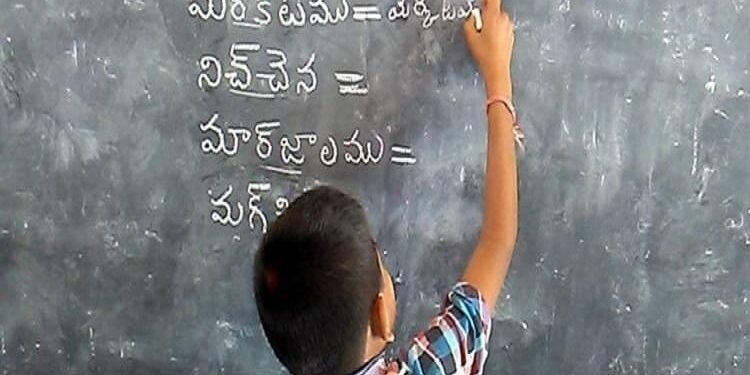 Ramamurthy was one of the popular linguists during the British rule that advocated the use of language and stood firmly against the use of scholar language. Spoken Telugu is different from written Telugu due to which learning written Telugu was not helpful during understanding or communicating. But however, with the help of Ramamoorthy, spoken Telugu came to be standardized and was accepted by scholars. That is the reason, Telugu is used in schools and educational institutions as the medium of instruction, examination, and writing. On this day, the government of Andhra Pradesh provides funds and presents awards with the objective of the betterment of the Telugu language. The department of culture is responsible for organizing the day on behalf of the Government of Andhra Pradesh.

Telugu language is the largest member of the Dravidian language family. In the early 21st century Telugu had more than 75 million speakers. It is also spoken in Bahrain, Fiji, Malaysia, Mauritius, United States, Singapore, United Kingdom and the United Arab Emirates. It also has official language status in the Yanam District of the Union Territory of Pondicherry.

Telugu has many regional dialects. Ethnologue lists the following: Berad, Dasari, Dommara, East Godavari, Golari, Guntur, Kamathi, Komtao, Konda-Reddi, Nellore, Rayalaseema, Salewari, Srikakula, Telangana, Telugu, Vadaga, Vadari, Visakhapatnam, Yanadi (Yenadi). Colloquial Telugu varies depending on social status. For instance, urban varieties of Telugu as spoken in Hyderabad, the capital of Andhra Pradesh, and as used in popular movies, have many borrowings from Hindi, Urdu, and English. The speech of educated speakers is characterized by code-switching between Telugu and English. There are also many social varieties, depending on caste. The language of the high castes is more influenced by Sanskrit than that of the lower castes.

Written materials in Telugu date from 633 AD. Telugu literature begins with an 11th-century translation of the Sanskrit classic Mahabharata. Until the second half of the 20th century, Telugu was written in a classical style that was very different from the spoken Language. During the second half of the 20th century, a new written standard emerged based on modern spoken Telugu. Telugu is written with a syllabic alphabet in which all consonants have an inherent vowel. Diacritics, that can appear above, below, before or after the consonant, indicate change to another vowel or suppression of the inherent vowel. The script was developed from the Brahmi script. The shapes of Telugu letters resemble those of Kannada. They have rounded shapes because in ancient times writing was done by carving on palm leaves with a sharp point. Sharp angles would have torn the leaves. Telugu is written from left to right.