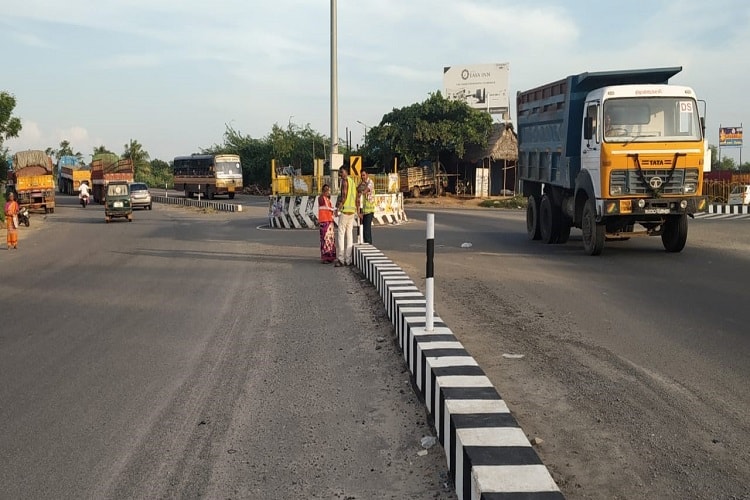 The progress is said to have been possible due to a unique data-driven approach taken by various stakeholders such as the police and the health, transport and highways departments in the State. The Supreme Court-appointed committee on road safety, and other States have recognised the efforts in Tamil Nadu.

One of the steps that authorities took was to divide roads in 2 km grids to map accident hotspots in the state. Collecting further data on road accidents, it was then uploaded onto an application called the Tamil Nadu Geographical Information System. Authorities identified the deadliest points across the state, which accounted for nearly 40% of all road fatalities and shared all this information with the police. This was also used for a variety of improvisations starting from positioning ambulances to identifying locations for Tamil Nadu Accident & Emergency Care Initiative (TAEI) Centres (public hospitals equipped with a high dependency ward and a multidisciplinary critical unit) in the State. The Road Accident Data Management System has been developed in consultation with police, transport and highways departments and handed over to police for recording road accident data and to analyse various causes of accident by the stakeholders.

What authorities also found was that even though the numbers showed that 70% of the cases were recorded as “driver’s fault,” there was a lot more that met the eye, specifically, a correlation between the size of the roads and incidences of road accidents. With bigger roads came a higher chance of road accidents. 37% of road fatalities took place on national highways, 34% on state highways and 19% of major district roads. Naturally, these are spaces where motorists tend to speed up. Responding to this data, the authorities built more speed breakers, signages and increased police patrol presence to dissuade motorists from speeding.

More importantly, with the data in hand, authorities also had ambulances from the 108 service waiting near these accident-prone zones on standby with the average response time improved to 13 minutes in cities and 17 minutes in rural areas across the State. With the 108 app in place, callers didn’t have to describe their precise location to seek help. On the dashboard of the ambulance driver, the 108 app would help mark out the exact location of the accident.

The biggest difference has come in how patients receive treatment at hospitals. Here, the authorities undertook major structural changes, starting with developing strict protocols to reduce the number of trauma-related deaths in hospitals. The challenge begins from the moment the patient arrives at the hospital. The patient is immediately slotted under a particular category depending on the nature of the injury. Meanwhile, there is another team clearing the paperwork, acquiring information about the accident from the police, paramedics attending to the patient or relatives. Consequently, in many of the hospitals, they have also increased the number of available beds in the emergency ward.

A simple innovation brought by the TAEI team was to get the receiving hospitals prepared for an incoming patient. This patient arrival system was effectively implemented with the help of a dedicated cell phone provided to all the TAEI centres, a robust SOP and constant tracking mechanism.

Every TAEI centre has a designated trauma nodal officer and nurse coordinators on duty at all times. According to health officials, earlier, one had to rush the victim to the nearest hospital for making an entry of accident report and only then, the victim would be taken to a district hospital or big hospital. In the new system, each hospital has trained staff who are skilled and protocols for management established. This not only helps give good care but also cuts various delays.