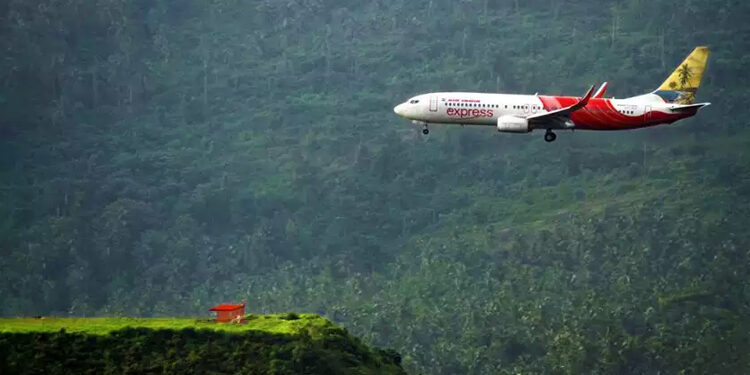 An Air India Express flight crashed after overshooting the runway at Kozhikode airport in Kerala, killing 18 people and injuring scores. A very similar accident at the Mangalore table top airport in 2010 killed 158 people. India’s second tabletop plane crash in a decade has drawn the focus of authorities on these short runways that can challenge even the best of pilots when the weather’s bad.

As the name suggests, it is an airport located and built on top of a plateau or hilly surface, with one or both ends of the runway overlooking a drop. The airports in the country which would count as tabletops, are namely Lengpui (Mizoram), Shimla and Kullu (Himachal Pradesh), Pakyong (Sikkim), Mangaluru (Karnataka), Kozhikode and Kannur (both Kerala). Landing aircraft on tabletop runways, which are located on top of a hill or a plateau with deep gorges running down their sides, is a stiff task in poor weather conditions.

According to a senior official at the Directorate General of Civil Aviation (DGCA), the aviation watchdog, the crash happened because the aircraft landed at the 3,000-foot point on a runway that’s 8,500-foot long. At the Kozhikode tabletop airport, aircraft normally land at 800 feet, but IX1344 landed beyond 3,000 feet, resulting in the accident. The airport at Kozhikode has two runways, both 2,700 metres in length. They have a safety feature called Runway End Safety Area (RESA) of 240 metres, as mandated by the International Civil Aviation Organization, which limits the consequences when aeroplanes overrun the end of a runway. In “tabletop” airport operations, the ICAO says a RESA of 90 metres is mandatory, while 240 metres is recommendatory.

For landing safety, there is also an ICAO document 9981 for airports, which also serves as a guideline for compatibility study of the operation of larger aircraft in a comparatively smaller aerodrome. The issue of growth versus aviation services is a worldwide issue requiring the development of small aerodromes for the use of bigger aircraft in a safe manner, especially as demand for air services grows from existing airports.

In this document, the elements to be assessed include aerodrome infrastructure and its ground handling capabilities, and aeroplane characteristics. Each element is assessed technically to see whether these are compatible for new types of aircraft proposed to be operated in such aerodromes. Thereafter, a proper safety assessment is done to assess the risk associated with the operation of a higher category of aircraft. Risk mitigation measures are suggested in order to bring those risks within tolerable limits.

There is no specific training that can be given for ‘table top’ runways. However, airlines conduct route checks for short runways. It should be understood that the landing technique and precautions taken are the same for all runways except that there is no scope for error on short and/or ‘tabletop’ runways. As aircraft accident data show, “runway overshoots” (excursion) occur as often on non-‘tabletop’ runways. But in such cases, the aircraft, for obvious reasons, has a much better probability of surviving. However, an overrun by even a few metres can turn catastrophic for ‘tabletop’ runway landings. During pilot training, the emphasis is on aiming for 1,000 ft from the beginning of the runway and landing within the touchdown zone. Pilots are also trained to execute a go around if they do not make contact within the touchdown zone.

The ATC only has jurisdiction to provide the pilots with weather conditions including visibility, rain and winds. The minimum visibility is already prescribed. The ATC will not give clearance to commence approach if visibility is below this minima, but if the visibility meets the requirements then the ATC cannot stop the pilot. Many a time, the runway cannot be seen even when reported visibility conditions meet the requirements as the conditions measurable on ground by the meteorological department are not the same as the instantaneous condition on the approach path. Only a pilot can observe this.