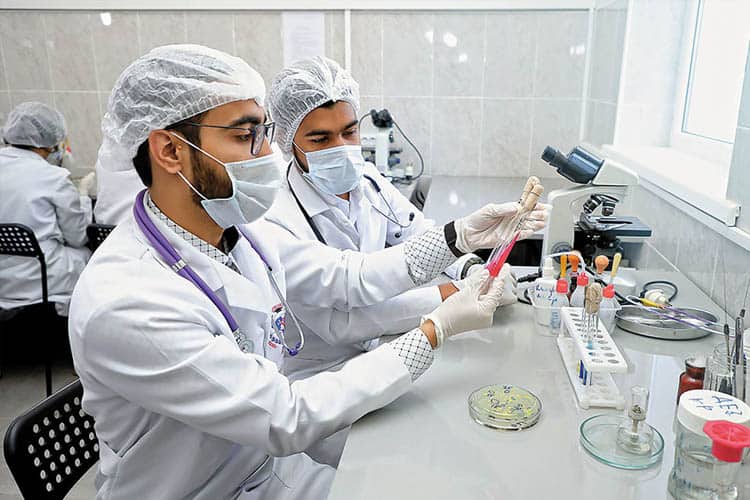 Researchers at the Institute of Nano Science & Technology an autonomous institute of Department of Science and Technology (INST), Government of India in their recent study have found that stevioside, a natural plant-based glycoside found in leaves of Honey yerba (‘Stevia rebaudiana Bertoni’) when coated on nanoparticles can increase the efficiency of Magnetic hyperthermia-mediated cancer therapy (MHCT).

Utility of the Sweetener

Scientists have showed that coating the nanoparticles with the stevioside, a biosurfactant not only improved the cellular uptake of the nano-magnets in glioma C6 cancer cells (one of the most common and aggressive form of glial cancer cells) but also enhanced its retention time. The researchers have modified the stevioside structure to make it more effective as a biosurfactant for magnetic nanoclusters synthesized in the lab.

Controlling the magnetic properties of a nanoparticle efficiently via its particle size to achieve optimized heat under AMF is the critical point for magnetic hyperthermia-mediated cancer therapy. The INST team has shown that the use of stevioside as a promising biosurfactant controls the magnetic properties of Fe3O4 nanoparticles by controlling the particle size.

Stevioside-coated nanoparticles also demonstrated successful uptake and highest cellular persistence inside the glioma cells upto 72 h. Thus the research suggests that the nano-magnets are capable of being available inside the cells for a sufficient period (upto at least 72 h) during which further treatment strategies can be employed for cancer therapy, thus avoiding the need to re-administer the nanomaterials.