In news– State government of Bihar has recently asked the state education department to set up academies for the promotion of the Surjapuri and Bajjika dialects on the lines of the Hindi and Urdu academies. 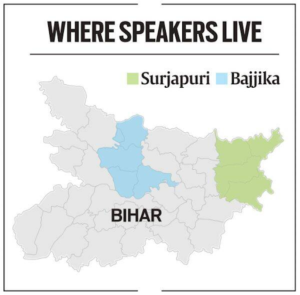 Eight academies or functioning organisations for Hindi, Urdu, Bhojpuri, Maithili, Angika, Magahi, Bangla, and South Indian languages already exist in Bihar, and the government’s decision on Bajjika and Surjapuri takes note of the two dialects that had been left out.