Support to Manufacturing of Agarbatti 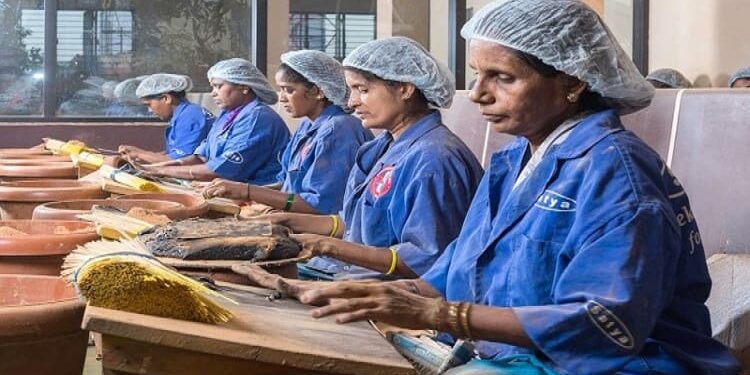 Ministry of Micro Small and Medium Enterprises (MSME), Government of India, approved a programme for the benefit of artisans involved in manufacturing of Agarbatti and to develop village industry under ‘Gramodyog Vikas Yojana’. As per the programme, initially four Pilot Projects will be started, including one in the North Eastern part of the country.

Each targeted cluster of artisans will be supported with about 50 automatic agarbatti making machines and 10 mixing machines. Accordingly, a total of 200 automatic agarbatti making machines and 40 mixing machines will be provided to the artisans. After two major decisions by Govt of India: placing the ‘Agarbatti’ item from “Free” trade to “Restricted” trade in the import policy and enhancing the import duty from 10% to 25% on ‘round bamboo sticks’ used for manufacturing of Agarbatti, this decision will help to boost the indigenous production of Agarbatti and will pave way to generate rural employment. This will also start the process of mitigating the gap between the indigenous production and demand and will reduce import of Agarbatti in the country.

Under this Mission, Khadi and Village Industries Commission (KVIC), one of the statutory organizations, working under the Ministry of MSME will provide training and assist artisans working in this area, with Agarbatti manufacturing machines. KVIC will tie up with Khadi institutions/ Agarbatti manufacturers in the country, having a good track record, to provide work and raw material to Agarbatti making artisans. The program will act as a catalyst in reviving the Agarbatti manufacturing in the villages and small towns and will immediately generate a minimum of about 500 additional jobs.