Summary of Flood Situation in India 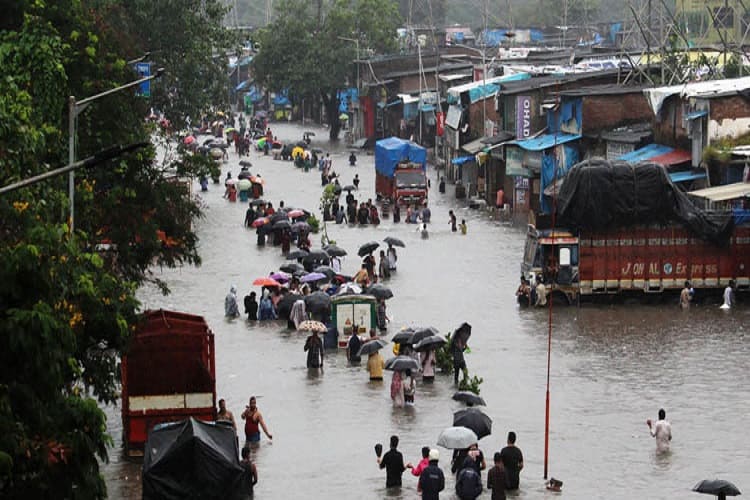 Heavy to very heavy with isolated extremely heavy falls are likely over Telangana, Vidarbha and Chhattisgarh. Due to ongoing extremely heavy rainfall, River Godavari is also getting good flows due to rain in Chhattisgarh, Maharashtra and Telangana. Polavaram project and Laxmi Barrage on River Godavari is likely to get additional inflows and is expected to rise in view of the rainfall forecast.

There is a likelihood of rise in water levels in the basins of Lower Mahi, Lower Narmada, Lower Tapi and Damanganga. Rivers Narmada, Tapi, Damanganga are likely to rise rapidly in association with rains forecasted. Madhuban Dam in Valsad District is likely to get heavy inflows due to the forecasted rainfall. Other Dams in this region such as Kadana Dam on river Mahi, Panam Dam on river Panam, Sardar Sarovar Dam on river Narmada, Ukai Dam on river Tapi are also expected to get increased inflows. As the rainfall of higher intensity is likely to continue, there is likelihood of rise in levels of rivers along the west coast in Maharashtra & Goa in the west flowing rivers between Tapi and Tadri.

Due to forecast of heavy to very heavy rainfall in East Rajasthan and West Madhya Pradesh, there is likelihood of rise in water levels in rivers such as Chambal, Mahi, Sabarmati, Kalisindh, Banas (both east and west flowing).  Inflows have started increasing in Panchana Dam and Parwan Pickup Weir and have crossed the threshold limit.

Due to forecast of heavy to very heavy rainfall in these States, there is likelihood of rise in water levels in rivers such as Sutlej, Ravi, Beas, Ghaggar, Yamuna, Bhagirathi, Alaknanda, Ganga, Ramganga, Sarda, Sarju and Ghaghra. There is likelihood of flash floods in some of the hill districts in these states in association with cloud bursts.

Due to continuous inflows from the previous spell of rainfall, most of the dams in Cauvery Basin have reached very close to 90-97% storage. Any local rainfall in association with convective activity may also help in adding to the flow in these basins. The releases from Kabini and Krishna Raja Sagar through the river are becoming inflows into Mettur Dam. There is a forecast of heavy to very heavy rainfall in Madhya Maharashtra. Due to this there is a likelihood of rise in water levels in Upper Krishna Basin in the upstream of Almatti Dam.