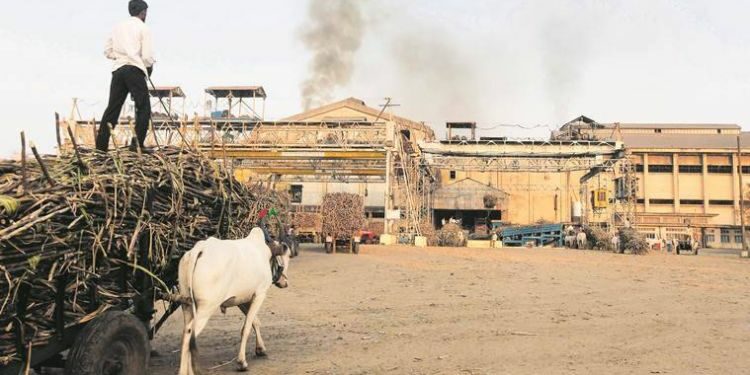 India has a long tradition of manufacturing sugar. References of sugar making by the Indians are found even in the Atharva Veda. India is rightly called the homeland of sugar. Farmers, big or small, face a lot of difficulties when it comes to payment by the sugar mill for their sugarcane crop. This year the wait for money stretched a bit too far.

In news: Sugar Mills Delay Payments Like Every Year
Placing it in syllabus: Geography

Sugarcane cannot be stored for long as the loss of sucrose content is inevitable. Also, it cannot be transported over long distances because any increase in transportation cost would raise the cost of production and the sugarcane may dry up on the way. 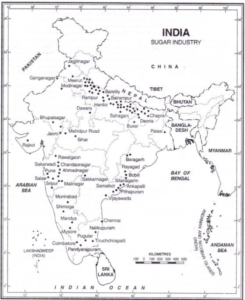 Sugar mills of Maharashtra are much larger as compared to the mills in other parts of the country. Uttar Pradesh has more mills than Maharashtra but they are of comparatively smaller size and yield less production. Tamil Nadu has emerged as the third largest producer of sugar, contributing over nine per cent of the total sugar production of India.

Ethanol is an agro-based product, mainly produced from a by-product of the sugar industry, namely molasses. The blending of Ethanol with motor spirit helps to reduce pollution, conserve foreign exchange and increase value addition in the sugar industry.

Sugar industry in India is plagued with several serious and complicated problems which call for immediate attention and rational solutions.

Some of the burning problems are briefly discussed below:

Small and uneconomic size of mills:

What else needs to be done?

Mould your thought: What are the problems faced by Sugar industry in India? Discuss government initiatives to alleviate these problems and suggest steps for improving the situation.