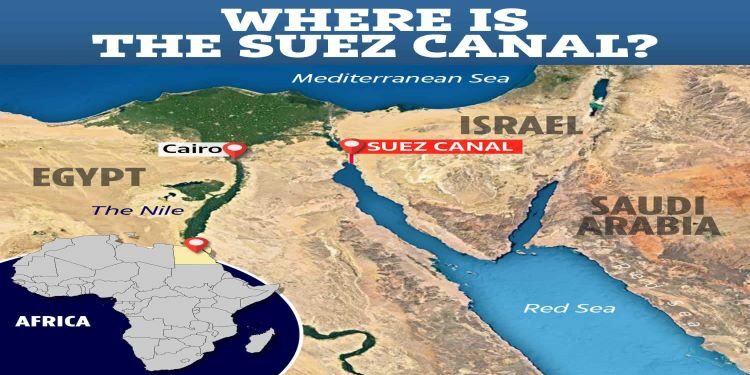 In News: Low tide overnight has slowed efforts to dislodge a massive container ship that has choked traffic in both directions along the Suez Canal and created one of the worst shipping jams seen in years.