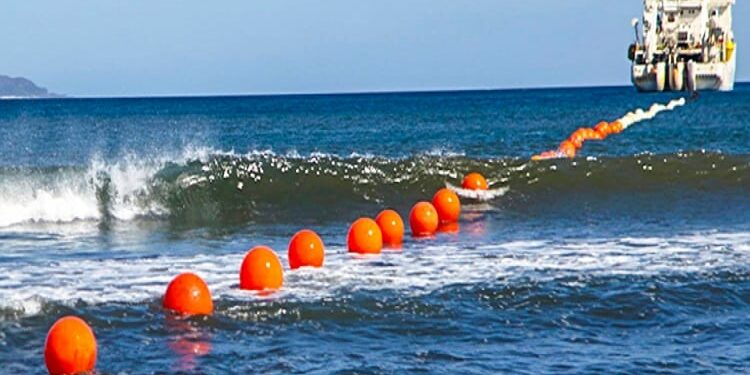 This connectivity will enable delivery of faster and more reliable mobile and landline telecom services to Andaman & Nicobar Islands, at par with other parts of India. Once inaugurated, the submarine OFC link will deliver bandwidth of 2 x 200 Gigabits per second (Gbps) between Chennai and Port Blair, and 2 x 100 Gbps between Port Blair and the other islands. Provision of reliable, robust, and high-speed telecom and broadband facilities in these Islands will be a landmark achievement from the viewpoint of consumers, as well as for strategic and governance reasons. 4G mobile services, which were constrained due to limited backhaul bandwidth provided via satellite will also see a major improvement.

Enhanced telecom and broadband connectivity will boost tourism and employment generation in the Islands, give an impetus to the economy and raise standards of living. Better connectivity will also facilitate delivery of e-Governance services such as telemedicine and tele-education. Small enterprises will benefit from opportunities in e-commerce, while educational institutions will utilize the enhanced availability of bandwidth for e-learning and knowledge sharing. Business Process Outsourcing services and other medium and large enterprises will also reap the benefits of better connectivity.

The project is funded by the Government of India through the Universal Service Obligation Fund (USOF) under the Department of Telecommunications, Ministry of Communications. Bharat Sanchar Nigam Limited (BSNL) executed this project while Telecommunications Consultants India Limited (TCIL) are the Technical Consultants. About 2300 Kms of Submarine OFC cable has been laid at a cost of about Rs1224 Crore, and the project has been completed in time.

The New Telecom Policy (NTP) 1999 of Department of Telecom, GoI had Universal Service as one of its main objectives: Strive to provide a balance between the provision of Universal Service to all uncovered areas, including the rural areas, and the provision of high-level services capable of meeting the needs of the country’s economy and encourage development of telecommunication facilities in remote, hilly and tribal areas of the country The NTP 1999 provided that the resources for meeting the Universal Service Obligation (USO) were to be generated through a Universal Access Levy (UAL), at a prescribed percentage of the revenue earned by the telecom licensees to be decided in consultation with the Telecom Regulatory Authority of India (TRAI). The Universal Service Support Policy came into effect from 01.04.2002. The Indian Telegraph (Amendment) Act, 2003 giving statutory status to the Universal Service Obligation Fund (USOF) was passed by both Houses of Parliament in December 2003.