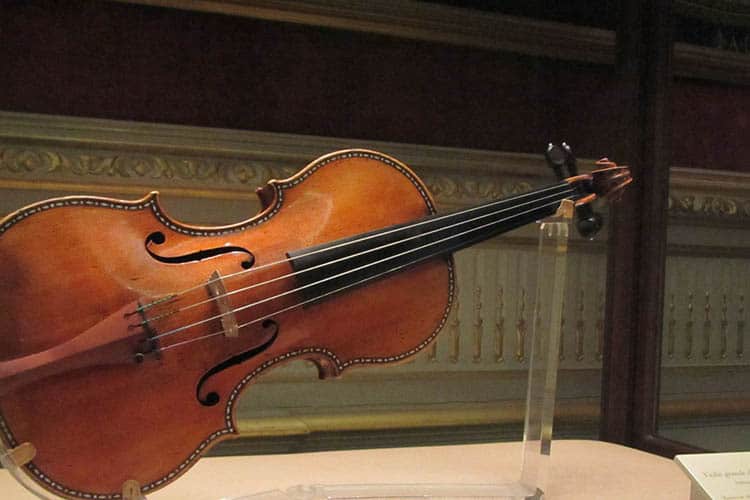 Four craftsmen — three from Kerala and one from Tamil Nadu — have achieved a milestone in completing hand-made copies of the 1702 Stradivarius violin, first designed by Antonio Stradivari in Italy, thanks to the training imparted by the Lalgudi Trust.

Violins entered the Indian musical scene with the colonial rulers. Balaswami Dikshitar, the brother of Muthuswami Dikshitar and Vadivelu, the youngest of the Thanjavur quartets, were pioneers in adapting the instrument for Carnatic music. But the art of indigenously designing a hand-made instrument remained a mystery for centuries.

The craftsmen were trained by internationally-renowned violin maker James Wimmer. Mr Wimmer, a Luthier from Santa Barbara, learnt the art in Germany from Wolfgang Uebel, one of the most famous specialists. Murali and Vinay Murali, the father and son duo from Chendamangalam in Kerala, K.P. Ranjith from Kannamangalam and violinist B. Sathyanarayana from Chennai became qualified craftsmen after completing the rigorous workshop known as Violin Wise.

There are violins manufactured in India, but they never measure up to the expectations. Even for repairs, they have to be taken to foreign countries. Professional skills to make hand-made violins and to repair string instruments were totally absent in India. The incomparable Stradivarius model is the best to replicate. Taking this as a mission, Lalgudi Trust decided to organise a series of workshops for the craftsmen and brought James Wimmer to Chennai.

The first workshop was held in 2013. It was followed by similar workshops in 2015, 2016 and 2018. The craftsmen, every year, made steady progress and showed promise. During the 45-day workshop held in 2019, the four craftsmen learnt every aspect of making a hand-made violin.

The Stradivarius violin is the stuff of musical legend. Over the centuries the maker’s instruments have graced concert stages, museums, private collections and recording studios. They have been praised for the clarity, richness and individual character of their sound. A study by academics at MIT have suggested the secret to the Stradivari sound is the size of the ‘f’ holes on the front of his violins. The more elongated these holes, the more sound an instrument can produce. Stradivari made the ‘f’ holes longer and narrower than in previous instruments.