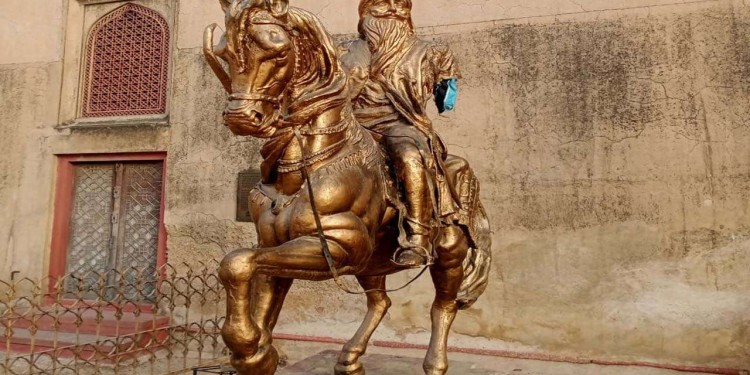 In news- A nine-foot-tall bronze statue of the first ruler of the Sikh Empire, Maharaja Ranjit Singh was vandalised by an activist of the banned Tehreek-e-Labbaik Pakistan at the Lahore Fort in Pakistan’s Punjab province.

He gave territorial identity to Punjab by the policy of diplomacy and aggression. He considered himself a servant of the Khalsa and he did not permit the coins to bear his name.