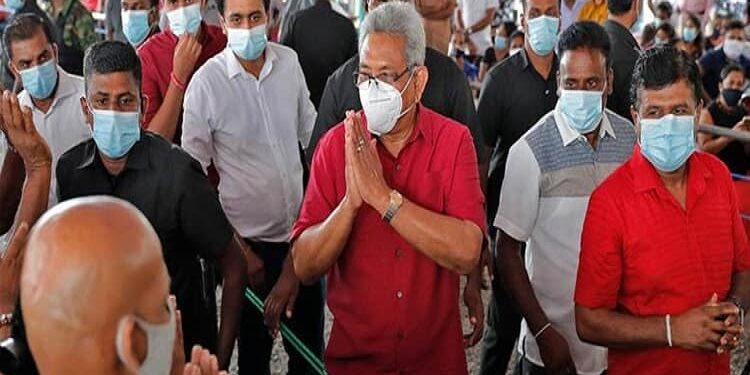 The Sri Lankan President has said that Sri Lanka will draft a new Constitution, jettisoning the 19th Amendment passed in 2015 that imposed curbs on presidential powers and strengthened Parliament. The Sri Lanka Podujana Peramuna (SLPP, or People’s Front), along with its allies, secured an impressive two thirds majority in the recent general election, making possible swift passage of new legislation.

Addressing the inaugural session of Parliament following the general election, President Rajapaksa said: “As the people have given us the mandate we wanted for a constitutional amendment, our first task will be to remove the 19th Amendment to the Constitution. After that, all of us will get together to formulate a new Constitution suitable for the country.” The new Constitution, he said, would prioritise the concept of “one country, one law for all the people.” In the August 5 parliamentary elections, Rajapaksa’s Sri Lanka’s People’s Front won 145 seats and secured the support of six allies, one seat more than the minimum number needed to change the constitution in the 225-seat legislature.

The ruling party’s poll campaign sought such a majority from the electorate, promising to abolish the 19th Amendment. The statute, passed in 2015 during the former President Maithripala Sirisena, Prime Minister Ranil Wickremesinghe’s term, sought not only to clip the President’s executive powers, but also to strengthen independent commissions. It brought back the two term limit on Presidency. It was hailed by many, including members of civil society, as a progressive legislation in contemporary Sri Lankan history.

Outlining his plans further, President Rajapaksa told Parliament that it was “essential to make changes to the current electoral system” while drafting a new Constitution, retaining elements of the proportional representation system currently followed. The move will strengthen Rajapaksa’s grip on power because the country will return to its previous constitutional status, in which the president could head ministries, appoint and dismiss ministers, appoint officials for the police, judiciary and public service and dissolve parliament any time after one year.

The Rajapaksa brothers enjoy popular support of the Sinhala Buddhist majority for spearheading the defeat of Tamil separatists in 2009 to end the bloody 37-year civil war when Mahinda was president and Gotabaya was secretary to the Ministry of Defence. But they have also attracted criticism from the international community, with the security services they controlled accused of war crimes committed in the final months of the conflict, in which more than 100,000 people were killed. Gotabaya Rajapaksa said the new constitution will allow the government to make decisions freely without being influenced by the “extremists”, an apparent reference to ethnic minority parties whose support had been crucial for previous governments.