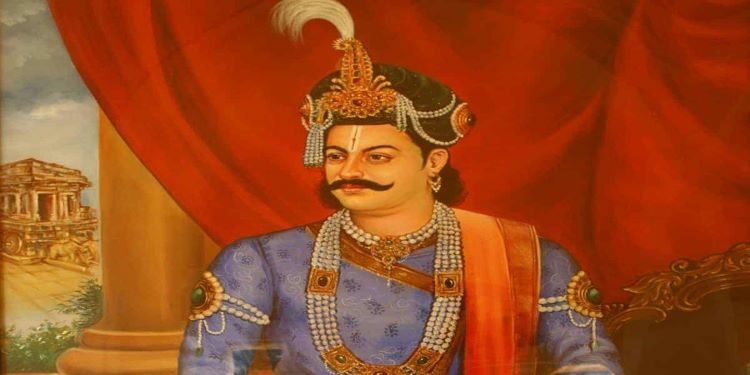 In news : The first-ever epigraphical reference to the date of death of Vijayanagara king  Sri Krishnadevaraya has been discovered at Honnenahalli in Tumkur district.

Herespected all sects of Hinduism and lavished on the Tirumala Venkateswara Temple, numerous objects of priceless value, ranging from diamond studded crowns to golden swords. For this he is honored with installing his statues along with his two wives at the temple complex