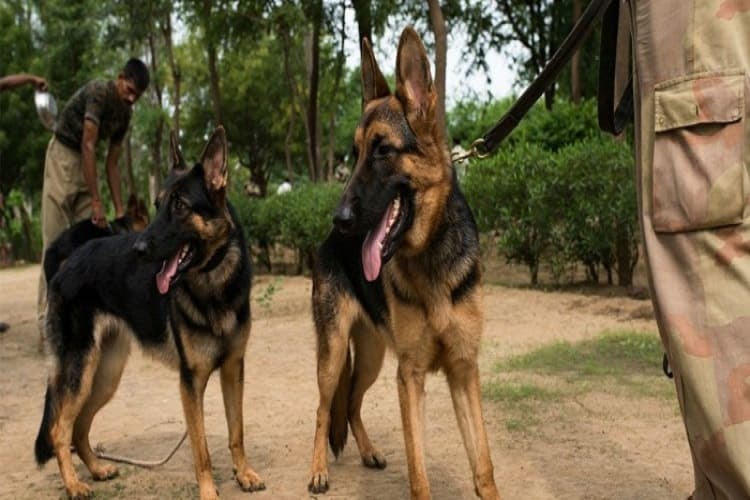 Forest officials in north Bengal have arrested a person in Jalpaiguri district for killing a bison (Indian Gaur). The incident occurred in Gorumara National Park, where the carcass of a bison was found in the forest. Forest officials deployed a sniffer dog to trace the culprits. The sniffer dog Orlando had been deputed only a few months ago. This was the first case for the Belgian Malinois dog.

The practice of introducing sniffer dogs to solve cases of wildlife crime has resulted in considerable success in different states of the country. These dogs, along with their trainers, are trained at Bhopal in Madhya Pradesh. Sniffer dogs have also been deployed in Kaziranga. The dogs are raised, nurtured and trained by Aaranyak, with support from the UK-based David Shepherd Wildlife Foundation and Germany’s Nature and Biodiversity Conservation Union.

Since 2012, the K9 squad has helped forest officials track down and arrest more than 40 poaching suspects around Kaziranga. The dogs have also helped recover arms and ammunition and other vital pieces of evidence. In a complementary effort, German shepherds belonging to the Super Sniffers squad have been trained under the aegis of TRAFFIC India and are part of the global wildlife trade and monitoring network. Both dog breeds have their proponents.

The short-haired Malinois hold up well in India’s weather and don’t attract too many ticks and parasites. They are lighter, smaller in build than German shepherds and are less noisy; yet very tough, active and can continue to work for hours even in the hot and humid Indian climate. The breed, used as military dogs in the United States, India and Europe, also has a strong sense of drive. TRAFFIC India, however, prizes German shepherds for their versatility. German shepherds are amazing all-rounders. They can be trained to take various instructions on multipurpose activities and used for guarding, tracking wildlife crimes besides catching poachers.

Developing these skills doesn’t come easy. It takes long and rigorous training of both the dogs and their handlers. The rapport between the dogs and their handlers is crucial in getting the best out of the squad. The dogs are trained to only take instructions from their handlers – or, in case of emergencies, Aaranyak’s in-house dog trainer – so there has to be perfect understanding and coordination between the two. For TRAFFIC India’s Super Sniffers, training lasts nine months. It begins with a month of bonding with handlers when the pups are between 8 and 12 weeks old. The dogs are trained to stop the moment a suspect is located. They are never let loose or allowed to injure or bite people.

The wildlife sniffer and tracker dog training programme was started in India in 2008 by TRAFFIC’s India office with support from WWF-India. Since then, the trained dogs, known as Super Sniffers, have proven highly successful in seizing wildlife products from smugglers and catching poachers in the act. So far, 66 sniffer dog squads have been deployed in 19 provinces in India, with more being trained at three separate training centres. In the field, these dogs have adapted their skills sets to fighting wildlife crime and are detecting an array of wildlife parts and derivatives in trade, including tiger, elephant, and rhino products, deer meat, live birds, snakes, porcupines, red sanders, turtles, and tortoises. To date, these super sniffers have been central in bringing about over 250 seizures, with more being trained right now.