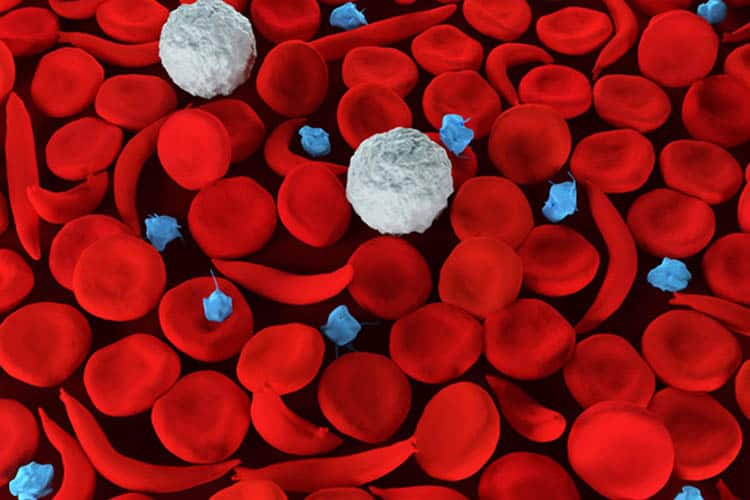 The disease in India occurs predominantly in eastern Gujarat, Maharashtra, Madhya Pradesh, Chhattisgarh, western Odisha and in pockets of the Nilgiri Hills in north Tamil Nadu and Kerala. In Odisha, the disease is prevalent among tribal communities. The Odisha government — under the National Health Mission — established its first sickle cell institute on the campus of the Veer Surendra Sai Institute of Medical Sciences and Research (VIMSAR) at Burla in Sambalpur district.

Sickle cell disease (SCD) is an inherited group of blood disorder which is genetic in nature. It is usually transferred from parents to the child during birth i.e. both the parents can be carriers of SCD. Healthy Red Blood Cells (RBCs) are round in shape, which moves through small blood vessels and carries oxygen to all parts of the body. In someone who has SCD, the RBC becomes sticky and hard and starts to look like C- shaped similar to that of a farm tool ‘sickle’. The sickle cells die early, which causes a constant shortage of RBC, which leads to low oxygen carriers in the body.

Also, when sickle cells travel they tend to get stuck in small blood vessels and restrict the blood flow. This can cause pain in the joints, chest and other serious problems such as stroke, acute chest syndrome and infections. Over time, people with sickle cell disorders can experience damage to organs including the liver, kidney, lungs, heart and spleen. Death can also result from complications of the disorder. Treatment of sickle cell disorders mostly focuses on preventing and treating complications.

SCD can be diagnosed with a simple blood test. Parents are advised to get the screening done before conceiving as it is transmitted from parents. For newborns, the test is done in the hospitals as a routine screening. There is no single treatment for SCD patients and it varies from patient to patient on the basis of the symptoms.

The only cure for SCD is getting a bone marrow transplant (BMT), which is a procedure to replace damaged or destroyed bone marrow with healthy bone marrow stem cells. Stem cells are easily taken from the donor and planted in the recipient. After the BMT procedure, the patient can lead a healthy and normal life.