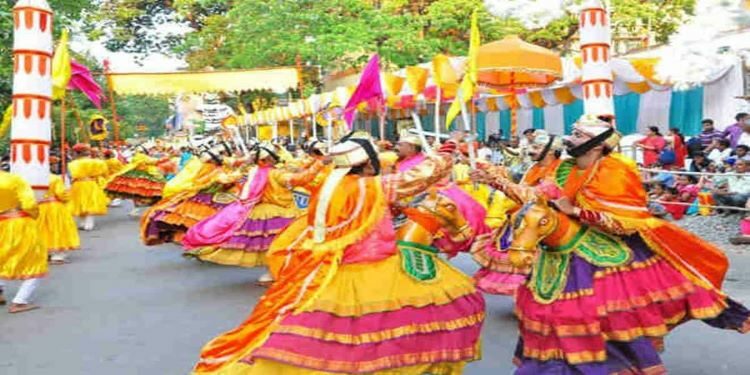 In news : Goa to celebrate Shigmotsav amidst Covid-19 pandemic

Agricultural communities including the Kunbis, Gawdas and Velips celebrate the festival that also marks the onset of spring.

When is it celebrated?

Shigmo celebrations last over a fortnight in the months of Phalgun-Chaitra months of the Hindu calendar that correspond with March-April every year.

Kunbi (alternatively Kanbi) is a generic term applied to castes of traditionally non-elite farmers in Western India. These include the Dhanoje, Ghatole, Hindre, Jadav, Jhare, Khaire, Lewa (Leva Patil), Lonare and Tirole communities of Vidarbha. The communities are largely found in the state of Maharashtra but also exist in the states of Madhya Pradesh, Gujarat, Karnataka, Kerala and Goa.

The Velips are thought to be a sub-caste of the Kunbis and also have certain traditions and customs in common with them. Velips can be found in the forest regions of Canacona, Sanguem, and Quepem.

Dhangars are believed to have migrated to Goa from Gujarat. Members of this tribe are quite pious and religiously worship their god named ‘Bira Deva’. These tribals are mainly shepherds or cattle herders and live a semi-nomadic lifestyle