Recently, shigella bacterial infection has been reported in Kerala

Symptoms Shigella bacterial infection include diarrhoea, fever, stomach cramps which can last for seven days. Treatment is generally done through antibiotics, which can shorten the duration of the illness.

How does it spread?

The Shigella bacteria spreads not only through surfaces touching an infected surface and then touching the mouth but also from eating food prepared by someone carrying the infection.

Who is most affected?

Contaminated food, water are the source of the infection.

Difference between virus and Bacteria 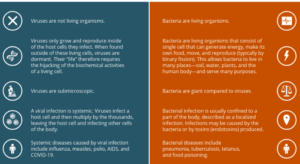