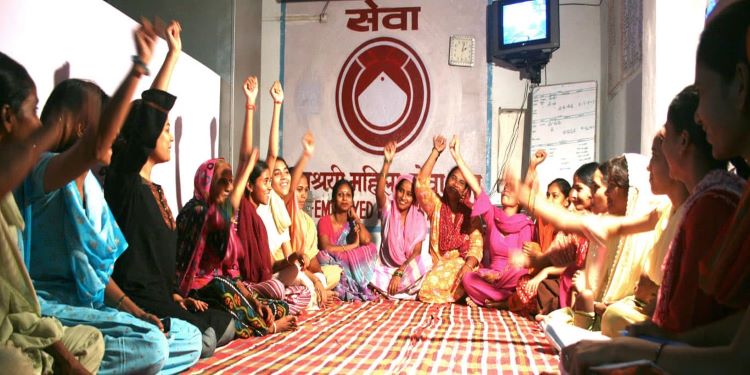 About the Self Employed Women’s Association (SEWA)

Why was it created?

The SEWA movement is a confluence of 3 movements: the labour movement, the women’s movement and cooperative movement . Its vision is therefore influenced by the 3 of  them which seek to improve the lives of marginalized social groups. Its principles are also inspired by Gandhian ethics of truth and non-violence, collective strength and unity of worker of all communities, leadership by women, workers and work/employment for all

It follows the Gandhian principles of Satya (truth), Ahinsa (non-violence), Sarvadharma (integrating all faiths. all people) and Khadi (propagation of local employment and self-reliance)

SEWA has been working for almost 5 decades to improve the livelihoods of poor self-employed women workers from the informal economy, through various initiatives using technology, technical training, microfinance, market linkages, natural resource management etc. across over 125 different trades with the twin goals of

To achieve its goals of Full-Employment and Self-Reliance for its members and to facilitate representation, economic empowerment, collective strength & increased bargaining power of its members, SEWA follows integrated approach of