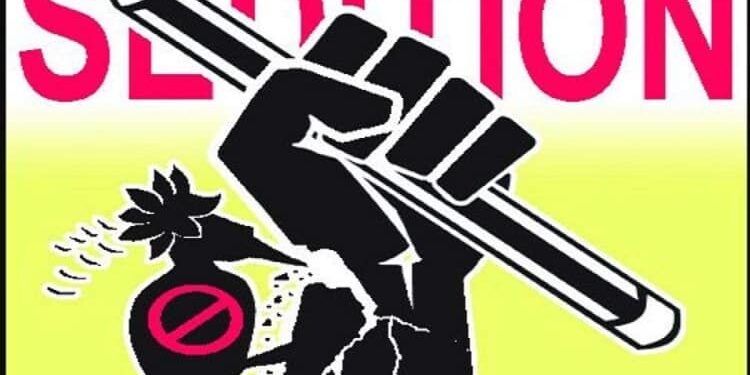 Section 124A of the Indian Penal Code (IPC), which deals with sedition, was drafted by Thomas Babington Macaulay and included in the IPC in 1870. Sedition is a non-bailable offence. Punishment under the law varies from imprisonment up to three years to a life term and fine.

. That judgment went into the issue of whether the law on sedition is consistent with the fundamental right under Article 19 (1) (a) which guarantees each citizen’s freedom of speech and expression.

. The Supreme Court laid down that every citizen has a right to say or write about the government, by way of criticism or comment, as long as it does not incite people to violence against the government established by law or with the intention of creating public disorder.

. Dr. Binayak Sen was charged for sedition, for allegedly aiding naxalites, and sentenced to life imprisonment at the Session Court in Raipur.

. Salwa Judum was a group designed and supported by the state government of Chhattisgarh to curb the insurgency in the villages of indigenous tribes where it thrived.

. Dr. Sen, who’s a human-rights activist apart from being a pediatrician, claimed that the group’s real job was to clear village land that was rich in iron ore, bauxite and diamonds for it to be quarried.

. Arundhati Roy, Hurriyat leader Syed Geelani and others were booked on charges of sedition by Delhi Police for their anti-India speech at a seminar in 2010.

. Controversial political cartoonist and activist, Aseem Trivedi, best known for his anti-corruption campaign,  Cartoons Against Corruption, was arrested on charges of sedition, in 2010.

. The complaint was filed for  Trivedi’s display of ‘insulting and derogatory’ sketches, that depicted the Parliament as a commode and the National Emblem in a negative manner having replaced the lions with rabid wolves.

. The JNUSU leader was facing sedition charges for allegedly shouting anti-India slogans during a controversial event on parliament attack convict Afzal Guru. His arrest had triggered a political storm.